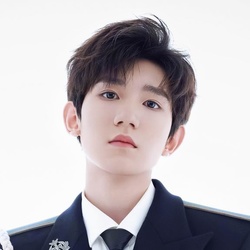 Recently, Hua Chenyu announced the 2019 Mars concert through Weibo official. After becoming the first person of the bird's nest concert of the post-90s, Hua Chenyu will use the four platform model for the first time in Shenzhen concert and become the first person of four platforms in the mainland! From being questioned when he started to being praised by the whole people, brilliance Yu has made great efforts and achievements in the past six years. This time, with the momentum of the concert, he finally "washed white"?

At the beginning of huachenyu's career, he was questioned by many audiences. Hua Chenyu's music is a unique existence. The Gothic melody and slightly loud singing made him a little out of place in the Chinese pop music at that time. But it is because of the unique music style that the audience remembers him and slowly learns to accept his works.

In fact, Hua Chenyu has also revealed that he wants to quit during the competition, but the reason is not that he is under great pressure, but that he is not used to being seen by too many people. At that time, Hua Chenyu was introverted and easily shy. On the TV also let many people see themselves, let him feel some discomfort, so also want to quit the game, return to that low-key state not seen by others. However, we also want to thank Huahua for not giving up at that time, otherwise it may become a big loss in Chinese music.

After a period of time, Hua Chenyu experienced severe thin. For a while, news about his "plastic surgery" spread all over the world. But in fact, huachenyu lost weight slowly because of his busy work, and there was no plastic surgery. But also have to admit, thin down he took off his glasses, as if completely changed a person, temperament and appearance have a great breakthrough. In addition to his singing skills and deep understanding of music, his ability to circle fans has been continuously enhanced.

In "trump to trump" which just aired a few days ago, brilliance Yu contributed his unprecedented performance in variety show. It is obvious that he is more lively and open-minded than before. When imitating F4, he can achieve almost 100% reduction, and the sense of variety is several times stronger than before. At the same time, he is a gentle and sensible big boy, very gentlemanly.

Before the program, when the audience learned that Wang Yuan was about to quit the trump card family and was replaced by brilliance Yu, many netizens didn't accept it at first. Although Huahua has participated in the reality show "flowers and teenagers" before, many viewers don't know what he really looks like and can't judge whether he is enough to support the show. But now it seems that all doubts and worries are superfluous. His performance is very good, which makes this season a perfect ending. At the same time, he also harvested the love of the whole trump family and found a new circle of friends.

At the end of the program, he also confessed that when he first came to trump, he was almost the same as Guan Xiaotong. He was very restrained and didn't know how to integrate into the group. Fortunately, Shen Teng and Jia Ling are here, which makes him open his heart a little bit and make him laugh in the program. Today's flowers give people the feeling that they are no longer shy little boys, but attractive big boys.

In 2018, he became the first post-90s singer to hold a concert in the bird's nest and the first person to hold two concerts in a row in the bird's nest. The first ticket sold out in 1 minute and 56 seconds, and the additional ticket sold out in 2 minute and 58 seconds. The sold out speed set a record for multiple platforms. It was the same year that Hua Chenyu was exposed to be squeezed by his agent and his physical condition was damaged. As soon as the news came out, his fans rioted and accused the agents of hegemonic behavior. Later, he ended the swearing war with only one "stop", which did not let the incident continue to ferment, nor did he respond too much.

He is the one who is not willing to explain too much in the face of doubt and controversy, the one who cherishes friendship as best friend, and the one who is super warm to fans. He used to accompany all the fans on the piano at concerts, and joked, "don't sing wrong this time, I hate you." When the melody rang out, a chorus of 18000 people, the king and the beggar, was staged on the scene. The picture was warm and classic.

Maybe in real life, he is a person who is not good at words and expression, but in music, he is his "King". He can find his own world in music, and at the same time regard music as the bridge between himself and the real world. He put what he saw and what he wanted into the song, and replaced all the answers with the song. In life, he is quiet, but in music, he is stubborn. The energy that accumulates in the ordinary days becomes the explosion on the stage. On the stage, he can be wild, can dance, can ignore anyone's existence, and devote himself to music. Therefore, he would say that he is a "Martian", a lunatic in music.

In the 2019 Shenzhen concert, Brilliance will interact with fans 360 degrees, opening an innovative era for the mainland concert mode. He is a person who constantly refreshes history, and also a person who constantly challenges and breaks through himself. He never stops on the road of music. There are few singers like him in the post-90s. I look forward to the first four sided concert in the mainland and the wonderful performance of Hua Chenyu.

And in the face of so many disputes, today we'll see who Wang Yuan and Hua Chenyu have a stronger sense of variety. Wang Yuan didn't come of age when he was a resident guest at the beginning, so he didn't adapt to it at the beginning. It can be seen that he was nervous, but he was very serious. After several periods, he grew up very fast. We can also see that Wang Yuan's sense of variety is getting better and better. He is very humorous and natural.